Is the Salary Really Greener on the Other Side of the Fence? 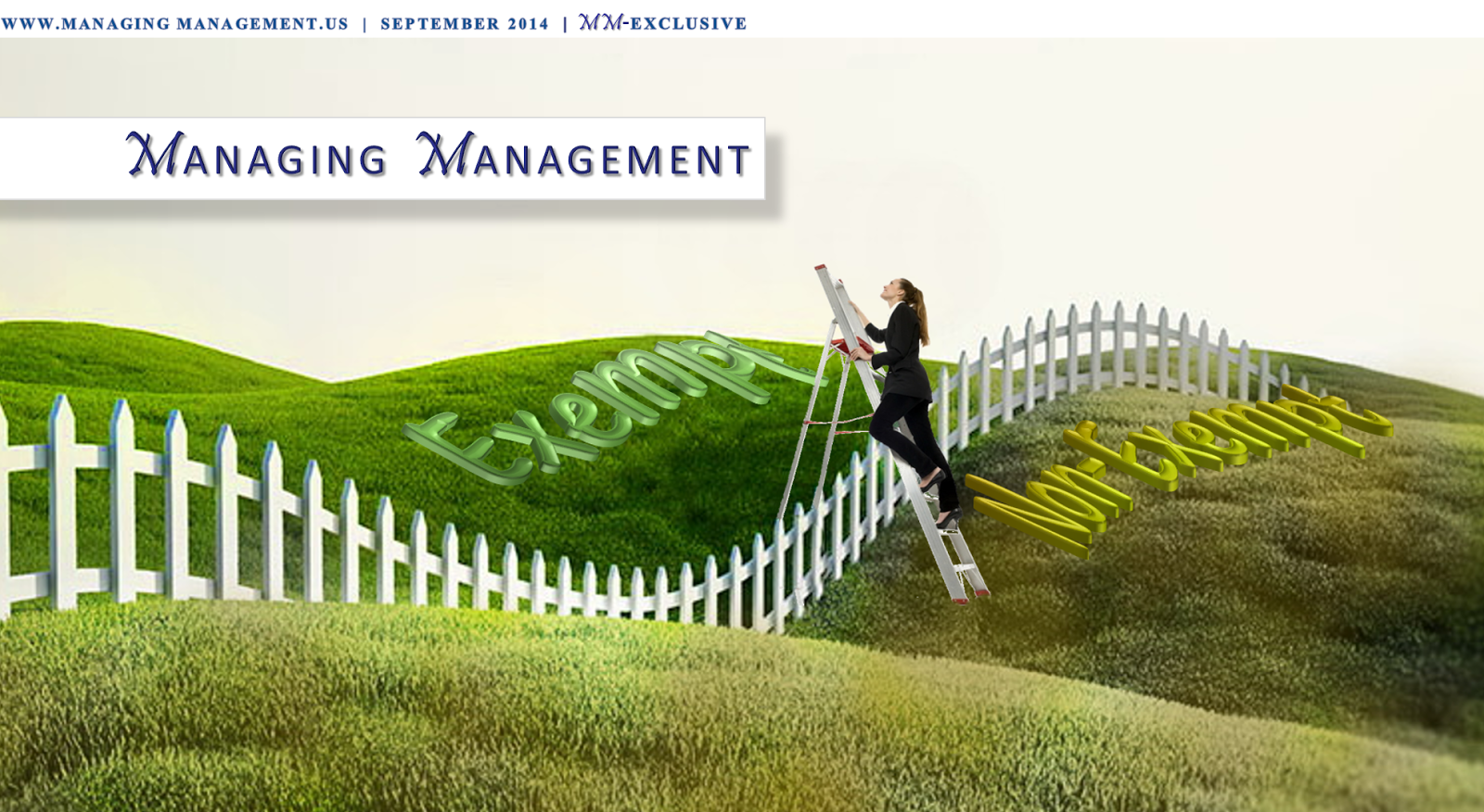 As a department head and an HR professional, one of the most frustrating, yet all too common questions I’ve gotten from managers is the casual request to switch one of their employees from hourly (non-exempt) to salaried (exempt).

Now, many managers (even many reading this) don’t understand why that simple request could lead to a frustrating exchange with human resources (“… isn’t there just a form or something? …a payroll switch to click?) Of course, management pros know exactly where this dialogue is headed.


Team Supervisor: Hey, you got a minute?
Human Resources: Sure, have a seat.
TS: (remaining standing) I just wanted to put in for Diane to go from hourly to salary. What do I need to do to make that happen?
HR: Oh ... are you promoting her to that floor manager job?
TS: No, no. We’re actually putting that on hold. I just want to make her salaried.
HR: Oh, so she’s taken on more responsibilities? Tell me about her new scope of work…
TS: No, no, no. Same job, I just want to change her classification.
HR: I don’t understand. If you didn’t change her job and you didn’t change her scope of work or responsibilities, what’s prompting the need to change her pay classification?
TS: Well, I’m just tired of trying to work around the over-time thing. Our department is really busy right now but if I let her work over-time, we go over budget. If I make her go home, we get behind. She’s willing to put in the extra hours, I just can’t afford the extra pay. So if we make her salaried – problem solved, right?
HR: Well...
let me just make sure I heard you correctly. You’ve got a high performing employee that you rely on heavily for a high volume of work, right?
TS: Right.
HR: And her job level, scope of work and responsibilities aren’t any different, she’s just handling a much higher volume of the same exact work…
TS: Right.
HR: And since your goal in this move is to stay within budget… what is she making now?
TS: She’s at $10.50 an hour and I’ve only budgeted for 40 hours a week so her weekly salary would come out to… what, $420 per week?
HR: You’re suggesting her new salary to be $420 per week?
TS: Exactly.
HR: So you have a top performer whose hard work and dedication you would like to reward by increasing her hours and cutting her pay.
TS: Well, I wouldn’t look at it like that—
HR: --don’t you think she’s going to look at it like that? …like your “thanks” for her willingness to put in the extra time to get the job done is to cheat her out of her overtime pay?
TS: Look, (finally sitting) I’m just trying to figure out how to get the job done and stay within budget. How would you suggest I do that?
HR: Now if you had started with that question, we could have skipped ahead to the part where I help you solve your problem.

So how many red flags did you catch in that exchange? Communication styles aside, I count five. If you found less than five, quickly go back and review the scenario before reading on.

The five flags I’m identifying are 1) the supervisor’s
lack of understanding that this is a regulatory issue, not a matter of choice, 2) the employee’s current pay level is too low to qualify for exemption, 3) the supervisor missing the “big picture” on the impact of the request, 4) taking advantage of or unfair treatment of the employee, and 5) lack of adequate training for the supervisor.

It’s a regulatory issue
Whether an employee qualifies for an “Exempt” status (meaning the employer is exempt from having to pay them overtime, referred to as “salaried” above) is determined by the regulations and definitions set forth by Department of Labor (DOL) through the Fair Labor Standards Act (FLSA). Although your HR staff are likely the most knowledgeable people in the organization about those regulations and are charged with interpreting and applying those regulations to the situations within the organization, they don’t actually have any control over those laws. Frankly, they may not even agree with some of the laws they are responsible to ensure the company complies with, but it’s their job nonetheless. They’re really not trying to make your life difficult, I promise. They’re trying to keep their company out of court.

The reason the HR person asked the questions about the promotion and whether the scope of work or responsibilities had changed is because under the FLSA, the qualification for the overtime exemption is determined by the duties and scope of responsibilities as they define it, not by how the company, the supervisor or even HR may be defining it. While the employee’s job should be evaluated on its own merits to see if it qualifies for exemption, it’s generally safe to assume that, if the job was properly classified yesterday as non-exempt (hourly) and today the job is essentially the same, then today it’s still going to be classified as non-exempt.

Part one: The duties test - The full regulations are filled with little exceptions and caveats, but the three main exemption categories that the general population of employees/jobs are going to be evaluated through are Executive, Administrative and Professional. Depending on the nature of your organization, the other two main categories (Computer and Outside Sales) may also apply.

The DOL has a very handy tool on their website (http://www.dol.gov/elaws/overtime.htm) to help guide you through determining if a position qualifies for an exemption, but here is my very basic, not-all-inclusive, hot-list that you can use as a barometer. You must be able to say “Yes” to all of the questions in a given category. If you answer “No” to any of the questions then, odds are, your request for exempt status will not be met with favor.

Part-two: Pay matters
Qualifying for exempt status is actually a two-part test - don’t worry, this second part is much easier. No complicated interpretation required, just simple math: the weekly pay (salary) must meet a minimum threshold set by the DOL, currently $455 per week.

In our scenario, Diane’s regular weekly equivalent was $420 per week. Even if she had new responsibilities that qualified for the exemption, the “budgeted” pay of $420 per week doesn’t meet the standard and would have to be increased to $455. That’s an additional $1820 per year. The question the supervisor needs to answer next is, over the course of the next year, would Diane put in more than 116 hours of overtime? ($10.50 x 1 ½ x 116hrs=$1827) If the answer is yes, then (mathematically) it would be cheaper to make Diane salaried. If the answer is no, then he would be better off to keep her working on an hourly basis, even with the overtime expense.

Missing the forest for the trees
The supervisor’s solution to what may be a small or short term expense problem could actually lead to a few larger, long-term problems that are all, directly or indirectly, bigger expense issues.

We’ve already determined that to meet the minimum pay threshold for exempt status, Diane’s base pay would have to be increased by $1820 per year. That’s a long term fixed expense increase versus the variable nature of overtime which, if necessary, can still be stopped if you accept that the work is going to slide.

Additionally, come review time, Diane’s performance increase is now going to be calculated on a higher base wage than if the supervisor had just kept her as an hourly employee. Since she is a star performer, let’s say she would be in the 5% category. Her hourly rate of $10.50 would increase to $11.03, but her salary of $455 per week would increase to $477.75 (about 7% more annually).

Of course, when Diane realizes that she’s now working more hours but earning less money, she will get frustrated, disengaged and eventually quit. The lost productivity during her disengagement period, the inevitable vacancy, and training period of the new hire, will cost the company multitudes more than the couple thousand dollars of overtime wages the supervisor didn’t want to pay her.


The greatest expense, however, will be in the wage-and-hour law suit that Diane files when she realizes that she’s been misclassified as salaried/exempt in an attempt to cheat her out of her overtime pay and wins a settlement amount of a couple million dollars. Think that’s an exaggeration? According to a recent study from NERA Economic Consulting, the average settlement paid out by an employer hit with a wage-and-hour claim was $4.5 million. Overtime violations make up 45% of all wage-and-hour claims. Paying out $2000 for a little OT is starting to look pretty good right now, isn’t it?

It’s called the ( What? ) Labor Standards Act?
FAIR. The word you’re looking for there is fair. In the scenario above, our supervisor was more concerned about the budget than with the employee’s fair treatment. In reality, he has a responsibility to both, so finding the right balance between fair and reasonable is the key. And, of course, federal regulations always hold the trump card.

Back in 1938 when this concept of an creating an exemption from paying overtime to a qualified group of employees was developed, the differential they established between the minimum non-exempt hourly rate and the minimum exempt weekly salary was 300%. Meaning, the minimum salary was 300% higher than the minimum hourly rate. They created the duties tests to make sure it wasn’t just going to be applied to everyone, but the whole point of establishing a minimum salary was to protect an employee from being taken advantage of by “management.” Protecting the employee who is being asked to take on the greater responsibility of management from experiencing a negative financial impact when moving from hourly pay with overtime to a fixed weekly salary, regardless of how many additional hours it takes to get the job done. Otherwise, companies might have done just exactly what our supervisor tried to do with Diane’s pay.

You don’t know what you don’t know
All of the first four flags could have been avoided if the company had provided adequate management training to supervisors, giving them a basic understanding of the FLSA (and other employment laws) as it applies to the people they manage. When an employee makes that first transition into supervision, there’s no way for them to know what they need to learn. It’s the responsibility of the human resources department and the new supervisor’s manager to proactively prepare a learning track that give them the knowledge they need to make good decisions for both the company and the employees they manage.

Not every HR department or organization has the internal resources to provide the training and coaching managers need to be successful. There are many inexpensive, off-the-shelf training resources available these days and outsourced, custom training programs can be quite affordable as well. Add Managing Management to your training resources by subscribing below or email for pricing on custom development programs.